X if it’s true that the ancient founders chose the site after consulting the omens, then, and also because we have lived there a long time, the place is so sacred to us that we cannot abandon it.
X about
without architecture,
there would be no
stonewall;
without architecture,
there would be no "brick"
para aquellos que no regresan en vida, siempre está la muerte / Veronica Gaona

Transfer of memories through microorganisms by touch from public architectural space and cultivated into Petri purses.

to excavate is to destroy refers to a phrase used in archaeology, in which the act of excavating the past is at the same time always destroying it in some shape or form. This phrase inspires the performance as a type of burglary at nighttime, where a team of burglars enter the site of what was once Mary’s Naturally. The burglars are not interested in breaking inside the building but instead “steal” the microorganisms living on the surface of it. This is done by using a set of Petri dishes made out of acrylic purses worn by the burglars - they touch and feel the architecture space, the walls, lamp posts, and concrete then transfer bacteria and fungi picked up by their hands into the purses. I climb and sit on top of the building’s roof corner looking out on the passing traffic and elevated luxury high-rises, reminiscing an onlooker or apparition. The bacteria burglars obscure their identities by wearing handmade masks illuminating nahuālli, or shapeshifting shamans and spirits amongst the grounds of Mary’s. We destroy the architecture by cultivating microorganisms associated with the processes of decomposition, we hold the microbial memories of Mary’s site that have inhabited it throughout time.
X queer and trans archeology live within the deteriorations of history
X back 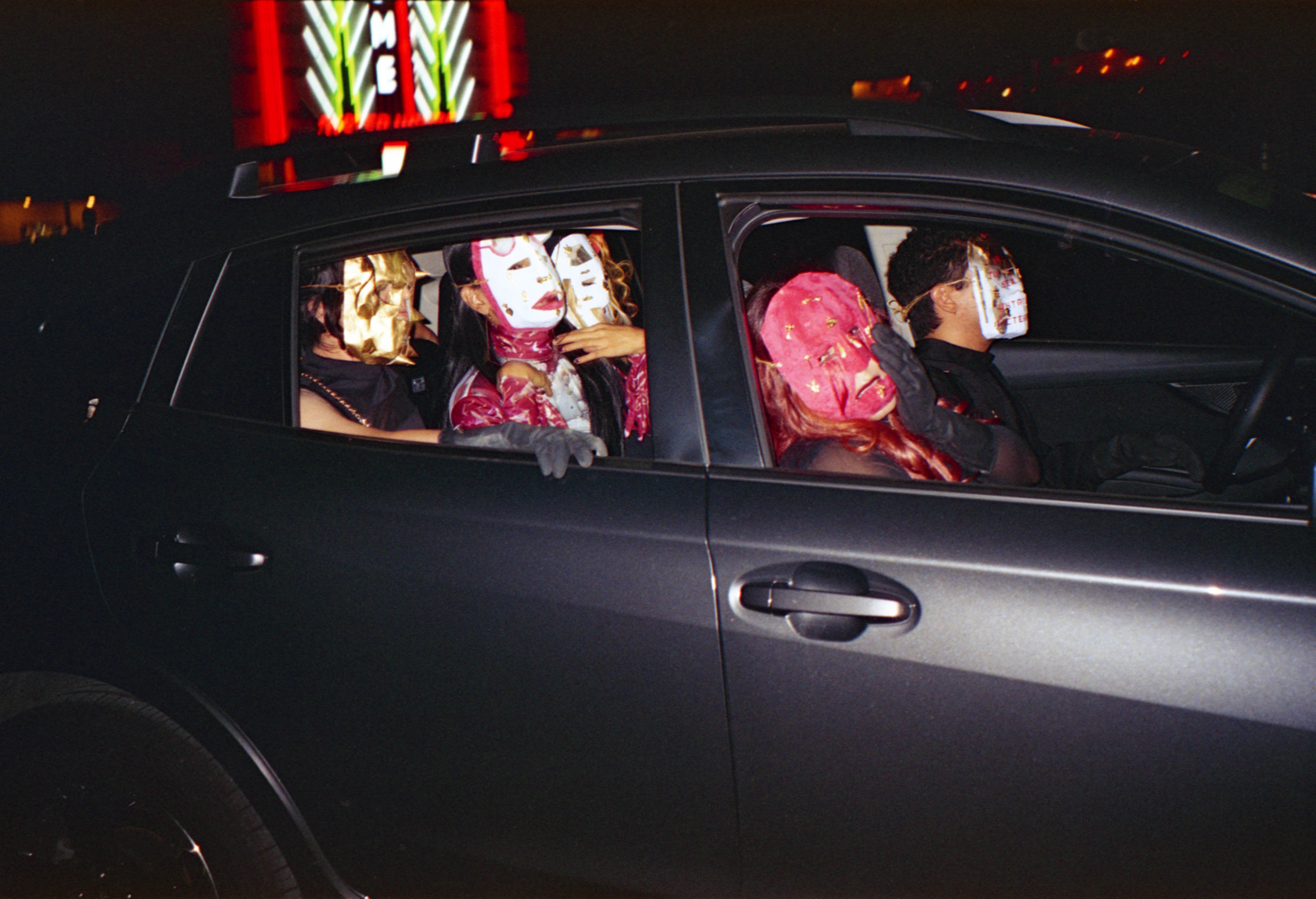 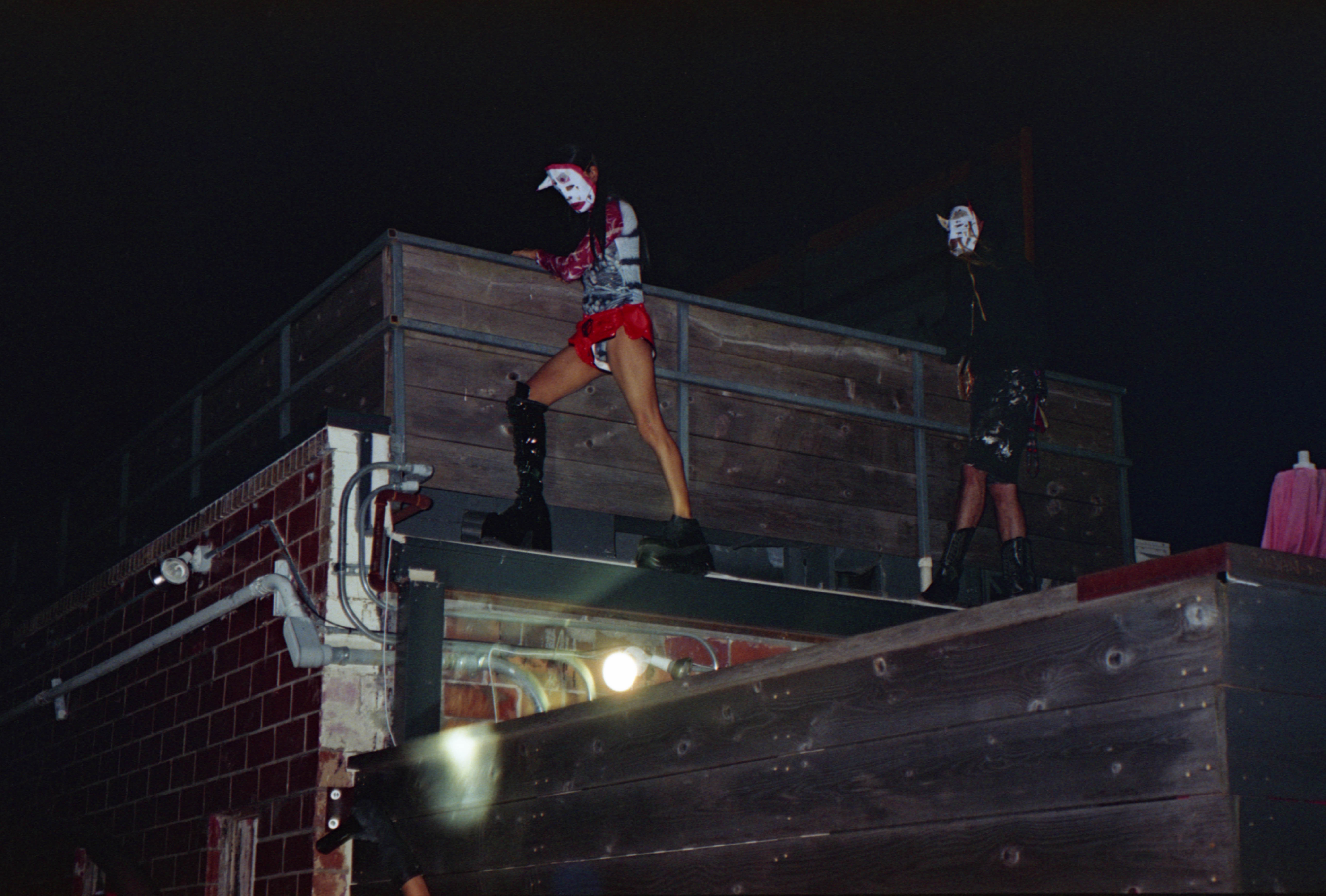